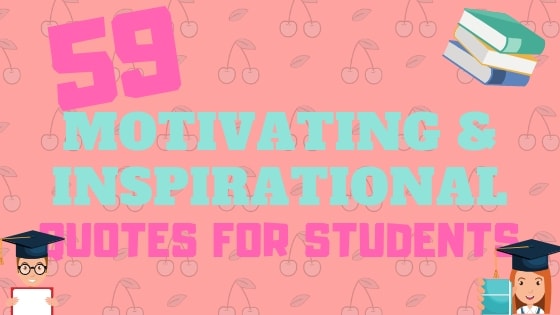 Are you struggling with staying motivated? Do you sometimes get spurts of motivation, followed by bouts of procrastination?

Whether you’re studying for an upcoming exam, or need to finish that coursework as the deadline gets closer.

I’ve got some inspiring and motivating quotes to help you through when the going gets tough.

To help you I’ve broken the quotes into a few categories.

So without further ado, let’s get into it…

2. Strength does not come from winning. Your struggles develop your strengths. When you go through hardships and decide not to surrender, that is strength. – Arnold Schwarzenegger

4. Strength and growth come only through continuous effort and struggle. – Napoleon Hill

5. Sometimes you don’t realize your own strength until you come face to face with your greatest weakness. – Susan Gale

6. A hero is an ordinary individual who finds the strength to persevere and endure in spite of overwhelming obstacles. – Christopher Reeve

7. All the adversity I’ve had in my life, all my troubles and obstacles, have strengthened me… You may not realize it when it happens, but a kick in the teeth may be the best thing in the world for you. – Walt Disney

8. The world is the great gymnasium where we come to make ourselves strong. – Swami Vivekananda

9. Strength does not come from physical capacity. It comes from an indomitable will. – Mahatma Gandhi

10. Be very strong… be very methodical in your life if you want to be a champion.” – Alberto Juantorena 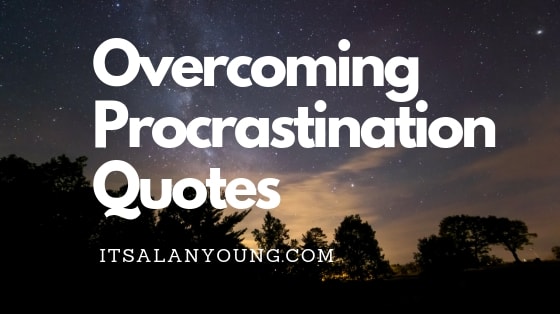 11. Never put off till tomorrow what may be done the day after tomorrow just as well. – Mark Twain

12. You may delay, but time will not. – Benjamin Franklin

13. Time is an equal opportunity employer. Each human being has exactly the same number of hours and minutes every day. Rich people can’t buy more hours. Scientists can’t invent new minutes. And you can’t save time to spend it on another day. Even so, time is amazingly fair and forgiving. No matter how much time you’ve wasted in the past, you still have an entire tomorrow. – Denis Waitley

15. I’m a big believer in putting things off, In fact, I even put off procrastinating. – Ella Varner

16. A day can really slip by when you’re deliberately avoiding what you’re supposed to do. – Bill Watterson

17. Nothing is so fatiguing as the eternal hanging on of an uncompleted task. – William James

18. Procrastination usually results in sorrowful regret. Today’s duties put off until tomorrow give us a double burden to bear; the best way is to do them in their proper time. – Ida Scott Taylor

19. If you want to make an easy job seem mighty hard, just keep putting off doing it. – Olin Miller

20. The really happy people are those who have broken the chains of procrastination, those who find satisfaction in doing the job at hand. They’re full of eagerness, zest, productivity. You can be, too. – Norman Vincent Peale

Courage To Keep On Going Quotes 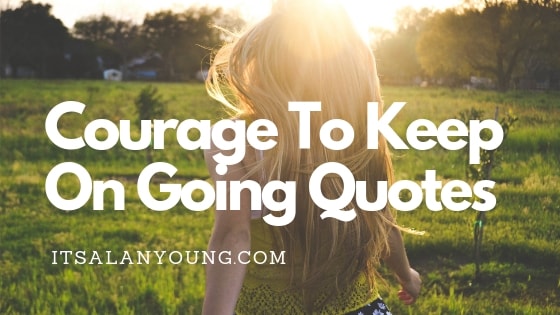 21. Success is not final, failure is not fatal: it is the courage to continue that counts.  – Winston Churchill

22. It takes courage to grow up and become who you really are. – E.E. Cummings

23. Only those who will risk going too far can possibly find out how far one can go. – T. S. Eliot

24. Courage, above all things, is the first quality of a warrior. – Carl von Clausewitz

25. Courage is contagious. When a brave man takes a stand, the spines of others are often stiffened. – Billy Graham

26. Either you decide to stay in the shallow end of the pool or you go out in the ocean. – Christopher Reeve

27. It is curious that physical courage should be so common in the world and moral courage so rare. – Mark Twain

29. Courage is the capacity to confront what can be imagined. – Leo Rosten 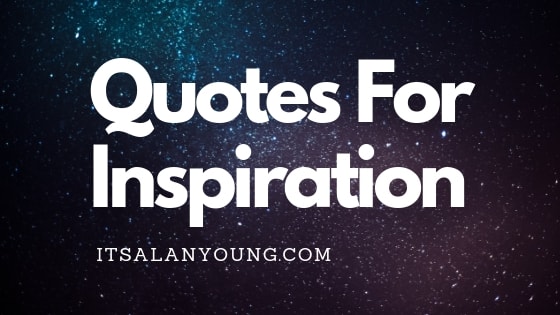 31. Life is inherently risky. There is only one big risk you should avoid at all costs, and that is the risk of doing nothing. – Denis Waitley

32. If you hear a voice within you say ‘you cannot paint,’ then by all means paint, and that voice will be silenced. – Vincent Van Gogh

33. Success consists of going from failure to failure without loss of enthusiasm. – Winston Churchill

34. Success is most often achieved by those who don’t know that failure is inevitable. – Coco Chanel

35. I refuse to accept other people’s ideas of happiness for me. As if there’s a one size fits all standard for happiness. – Kanye West

36. If you don’t build your dream, someone else will hire you to help them build theirs. – Dhirubhai Ambani

37. The first step toward success is taken when you refuse to be a captive of the environment in which you first find yourself. – Mark Caine

39. Our greatest weakness lies in giving up. The most certain way to succeed is always to try just one more time. – Thomas A. Edison

40. There are far, far better things ahead than any we leave behind. – C.S. Lewis

41. Saying it is impossible to live without failing at something is impossible. Unless you live so cautiously that you might as well not have lived at all, in which case you have failed by default. – J.K. Rowling 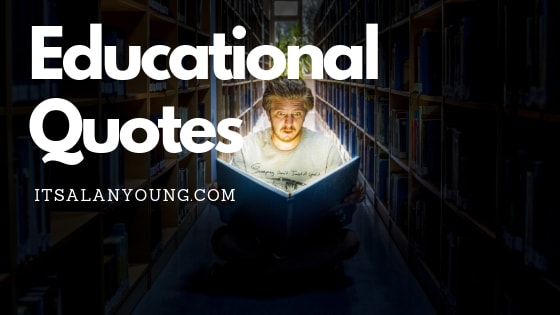 42. Education is the most powerful weapon which you can use to change the world. – Nelson Mandela

43. Education is the passport to the future, for tomorrow belongs to those who prepare for it today. – Malcolm X

44. An investment in knowledge pays the best interest. – Benjamin Franklin

45. Develop a passion for learning. If you do, you will never cease to grow. – Anthony J. D’Angelo

46. Education is not preparation for life; education is life itself. – John Dewey

47. Education is what remains after one has forgotten what one has learned in school. – Albert Einstein

48. It is the mark of an educated mind to be able to entertain a thought without accepting it. – Aristotle

49. I have no special talent. I am only passionately curious. – Albert Einstein

50. Education is the foundation upon which we build our future. – Christine Gregoire

51. You are always a student, never a master. You have to keep moving forward. – Conrad Hall

Believing In Your Dreams Quotes 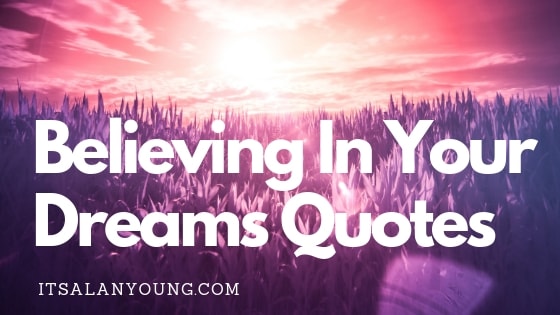 52. The future belongs to those who believe in the beauty of their dreams. – Eleanor Roosevelt

53. Every great dream begins with a dreamer. Always remember, you have within you the strength, the patience, and the passion to reach for the stars to change the world. – Harriet Tubman

54. The biggest adventure you can take is to live the life of your dreams. – Oprah Winfrey

55. Stay focused, go after your dreams and keep moving toward your goals. – LL Cool J

56. Follow your dreams, believe in yourself and don’t give up. – Rachel Corrie

57. You control your future, your destiny. What you think about comes about. By recording your dreams and goals on paper, you set in motion the process of becoming the person you most want to be. Put your future in good hands…your own. – Mark Victor Hansen

58. Your vision will become clear only when you can look into your own heart. Who looks outside, dreams; who looks inside, awakes. – Carl Jung